Firearm and Toolmark Identification is possible because the surfaces of a fabricated item, such as a firing pin or a barrel, will initially, as a result of manufacturing and then augmented by subsequent wear and tear, have tiny imperfections and irregularities at the microscopic level even when manufactured to rigorous specifications.  These microscopic dents, burrs and other minute blemishes are transferred to different parts of the ammunition and are what allows the Firearm and Toolmark Examiner to establish a link between the firearm and ammunition.

The History of the Science

The examination of firearm ammunition for forensic use has a long history.

During the American Civil War, Confederate General Stonewall Jackson was shot and killed during a mission in May, 1863.  The bullet removed from his body was found to be a .67 caliber round ball shot from a type of musket that was being used by the Confederate Army at the time, while the Union Army was using a .58 caliber conoidal shaped projectile (Minie Ball).  Based on these class characteristics, General Jackson died as a result of “friendly fire”.

The comparison of individual rifling marks using the comparison microscope evolved during the 1920’s, and received heightened attention when it was used by Lt. Colonel Calvin Goddard to examine the firearms-related evidence in the 1929 Saint Valentine’s Day Massacre in Chicago, Illinois.

The use of modern firearm and toolmark identification evidence in U.S. courts has been detailed by the federally-sponsored Scientific Working Group for Firearms and Toolmarks, or SWGGUN and can be found in the SWGGUN Admissibility Resource Kit (ARK).

Many people will erroneously refer to a round of ammunition as a bullet, but a single unit of ammunition is properly called a cartridge. The word ‘bullet’ actually refers only to the projectile loaded in most cartridges. A cartridge is made up of four basic parts:

The caliber of a cartridge is the distinct name referring to its particular shape and dimensions. The original developer of a cartridge chooses the name of that caliber, which will usually include a number that refers to the diameter of the bullet and can even reflect the name of the developer. For example, the caliber 45 ACP (which stands for Automatic Colt Pistol), is a cartridge with a bullet diameter of 0.452” developed in for use in the Colt brand pistol adopted by the U.S. army in 1911 as the M1911. However, the caliber name doesn’t always refer exactly to the bullet diameter; a 38 Special caliber bullet has a diameter of 0.357”. Sometimes the name of a cartridge has historical meaning; the 30-06 Springfield caliber was introduced to the U.S. military in 1906 and has a bullet diameter of 0.308”. As you can see, some calibers have been around for many decades, but new calibers are being introduced to the commercial market on a regular basis. Ammunition and firearms designed and/or marketed in Europe or other places where the metric system is used will reflect that in the caliber names, such as the 7.65mm Browning.

Shotgun shells are specially designed ammunition to be fired in shotguns.  Instead of a metal cartridge case, the shotshell hull is made of plastic or paper (cardboard) attached to a metal base, still containing a centered primer.  The projectiles associated with shotshells may be round metal pellets (called birdshot or buckshot) or a single large lead projectile called a slug (which is the only correct usage of the word “slug” in Firearms Identification). 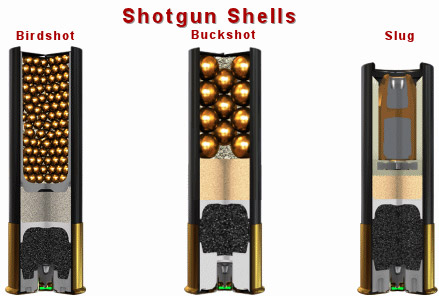 Firearms can be divided into two main categories: handguns and long guns.

Handguns are firearms that are designed to be fired using only one hand and can be further divided into two sub-categories: Revolvers and Pistols.

A revolver is a handgun that is loaded using a revolving cylinder, typically with five to 9 chambers that can each be loaded with a cartridge. The main feature to remember is that the chambers are separate from the barrel. 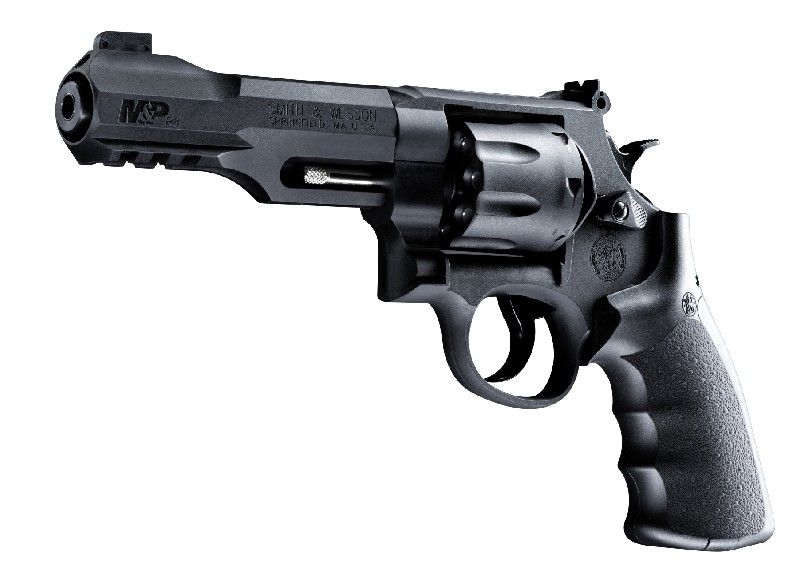 A pistol is a handgun in which the chamber is part of the barrel, and is generally loaded by means of a magazine which is inserted into the grip of the pistol. 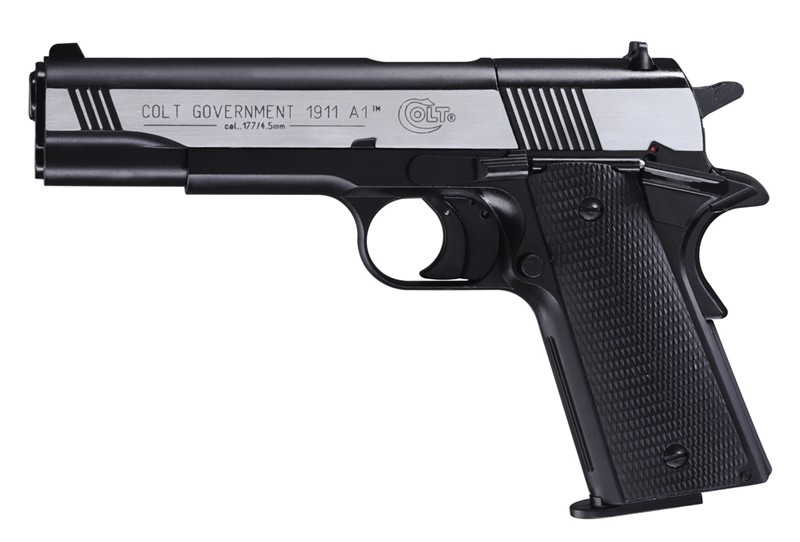 Long guns are firearms that are designed to be fired from the shoulder using two hand and can be further divided into two sub-categories: Rifles and Shoutguns.

A rifle is a long gun which also has a rifled barrel.

Shotguns are long guns which historically do not have rifled barrels and are often referred to as smoothbore firearms.  The caliber of a shotgun is referred to as the gauge, and is usually larger in diameter than other small arms.

This distinction, rifled vs. smoothbore, is becoming blurred with the increased offerings of rifles shotgun barrels.

Class characteristics of firearm barrels include measurable features which are part of the design of the firearm, such as the caliber and rifling pattern.

Rifling is a pattern of channels that run the length of a firearm barrel, manufactured with a helical pattern, or twist. These raised and lowered areas are called lands and grooves. The purpose of rifling is to impart a spin on the bullet along its long axis, which gyroscopically stabilizes the projectile and allows it to travel more accurately.  The number and width of lands and grooves is determined by the manufacturer and will be the same for a large group of firearms.  This allows for quick inclusion or exclusion of a firearm as a possible weapon in a given case:  If the bullet recovered from a crime scene has rifling of five lands and grooves with a right twist, and a suspect firearm submitted by the police agency has six lands and grooves with a left twist, the examiner knows immediately that the bullet was not fired by that particular firearm.  The same kind of exclusion or elimination can be made if the rifling pattern has the same twist but different widths: wide lands and skinny grooves vs. wide grooves and skinny lands, for example. 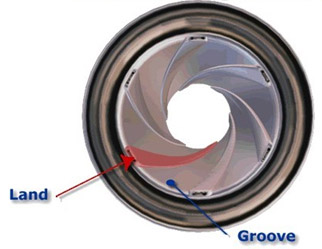 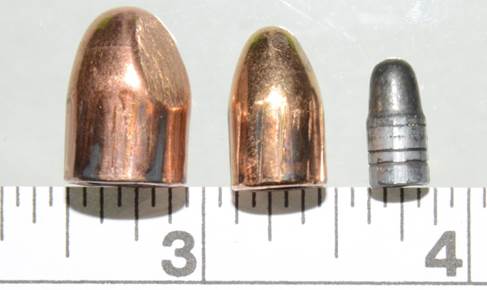 The class characteristics for a fired cartridge case include the cartridge caliber, the shape of the firing pin, and the tooling marks on the breech. 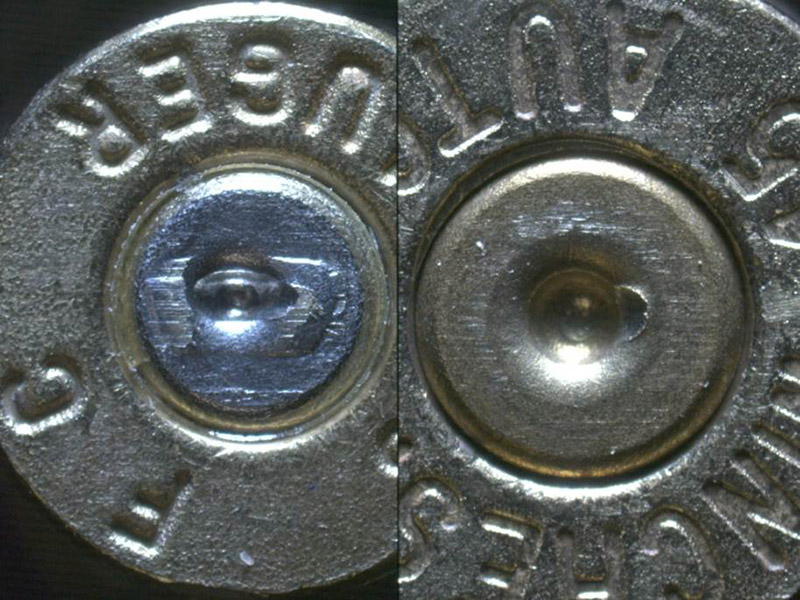 If there is sufficient agreement between the microscopic marks produced by the firearm and the marks observed on the evidence, then an identification can be made. 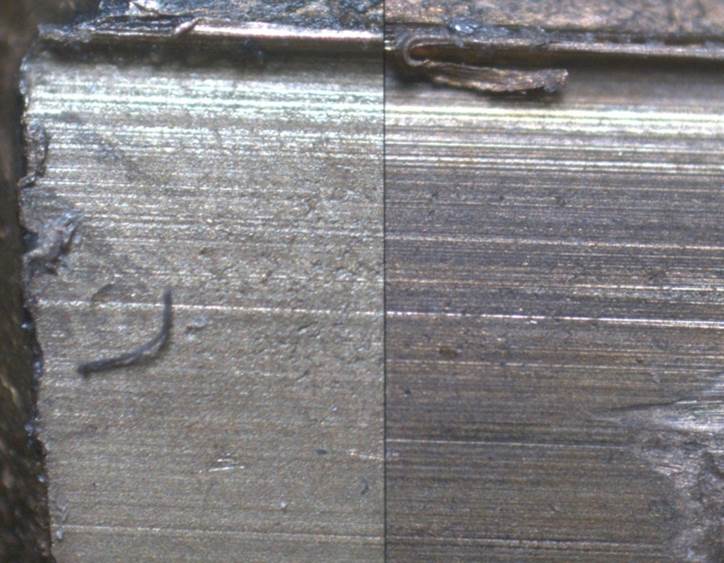 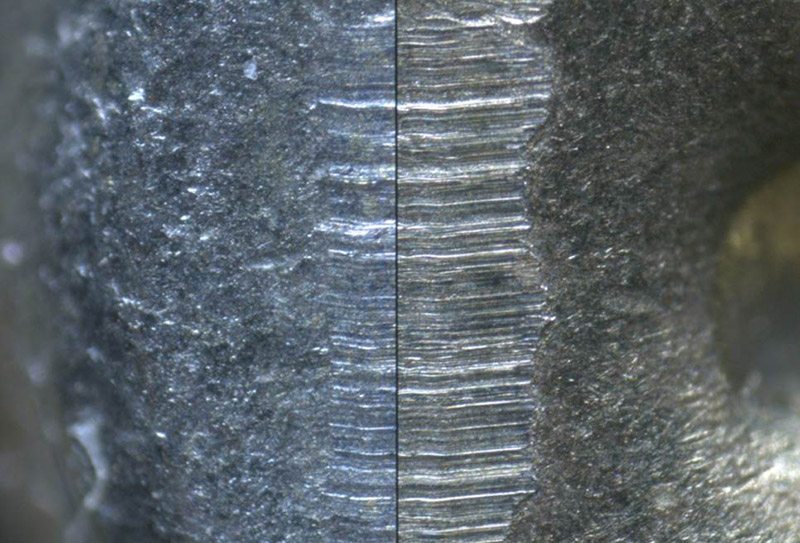 Serial numbers are placed on firearms and other items, such as bicycles and vehicle engines, to uniquely identify them.  A firearm and tool mark examiner may perform a serial number restoration if this number has been obliterated through means such as filing, grinding, or peening.

When a serial number is stamped into a metal item, the crystalline structure of the metal is deformed and compacted below the indentation.  This sometimes allows the number to be recovered even if it has been obliterated and is no longer visible to the naked eye.

The most common method to restore serial numbers is chemical etching.  This method uses the oxidation properties of chemicals to help restore the obliterated number.  Different chemicals are utilized depending on the metallic properties of the obliterated metal, such as an aluminum alloy versus stainless steel.  Electrolytic and magnetic particle inspection methods are some of the other procedures that may be used to restore serial numbers.